How many times have you reached for that egg caddy in the fridge and not thought a whip about where those eggs came from or how their mothers have been treated. I was making a roasted poblano strata (recipe in the next post) for some house guests one weekend and decided it was high time to take a deeper dive.  An NPR interview with  the very funny Mardi Jo Link discussing her book Bootstrapper: From Broke to Badass on a Northern Michigan Farm piqued my interest.   And then I became friends with the chicken whisperer Tracy Wise, often seeing her three times a week at several local farmers’ markets. While I had already made the conscious decision to exclusively buy her eggs and chickens, I knew very little about what set them apart or why ethical farming mattered. 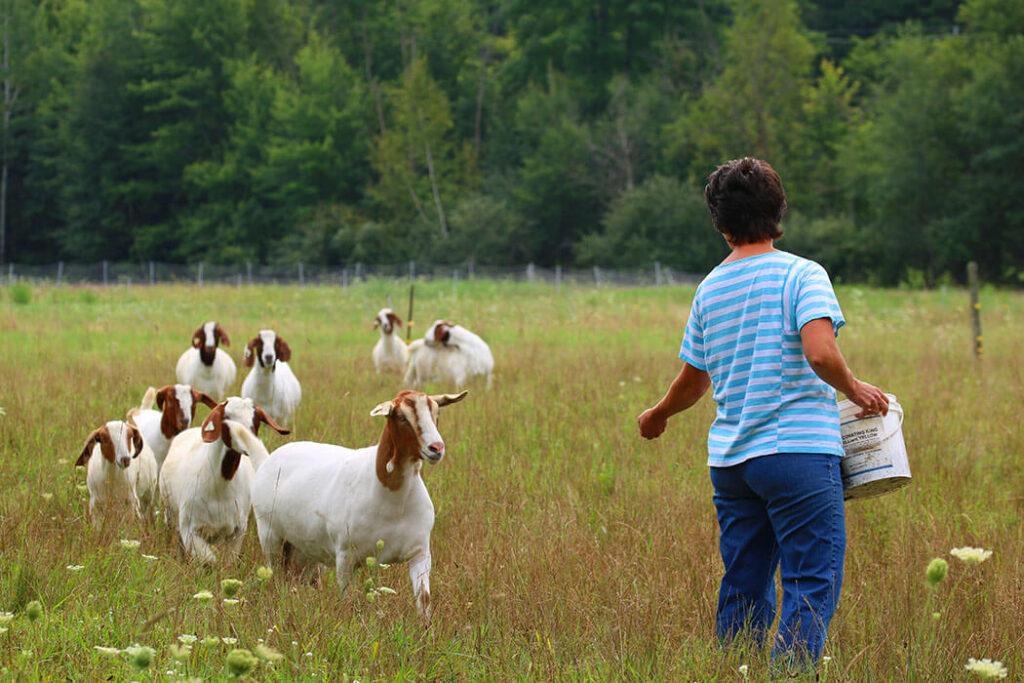 This summer I paid a visit to Wise Family Farm, the ten-acre plot owned by Tracy and Brad in Robinson Township (Michigan).  Brad has spent nearly three decades with the US Coast Guard and they arrived with the family, including kids Jaycee, Garett and Annaliese, from Alaska only five years ago. Looking ahead to their next chapter, the family Wise opted to try their hand at farming. And a family affair it is.  Not just adults, and not just eggs and chickens.  As the photos proudly displayed at market show, all the kids are also involved  – via 4H  – and are responsible for calves, pigs, goats, and more.  While chickens, eggs, and turkeys are the primary focus, the farm is home to many more.  The cows, ranging from Jersey, to Holstein, to Maine-Anjou, are a real commitment to a traditional farming process that is increasingly harder to source. Because the Wises raise growth-hormone-free and non-GMO fed animals, they must source their calves at birth.  They are quick to buy back the 4H winners because they are fully aware of the animal’s quality.  More modern farming techniques may rely on growth hormone implants, but those committed to old-school techniques showcase both their labor of love and commitment to quality, a technique that is both time-consuming and expensive.  When I asked Brad how they mastered this immense operation with no previous experience while he is holding down a full time job, he said “some trial, mostly error.”  #Inspired!

Their menagerie also includes pets, as well as friends and family of the animal variety.  There’s a Welsh Harlequin duck by the name of Cheese & Quackers.  A pig named Petunia.  A small flock of guinea fowl, roaming off by themselves.  A South-African breed of goats, name for the Afrikaans word Boer, meaning farmer. Some small mini lops rabbits (including one named Rose) and some very large Flemish Giants – which gave me a whole new perspective on where the term fluffy bunny slippers came from.    They even have bees. 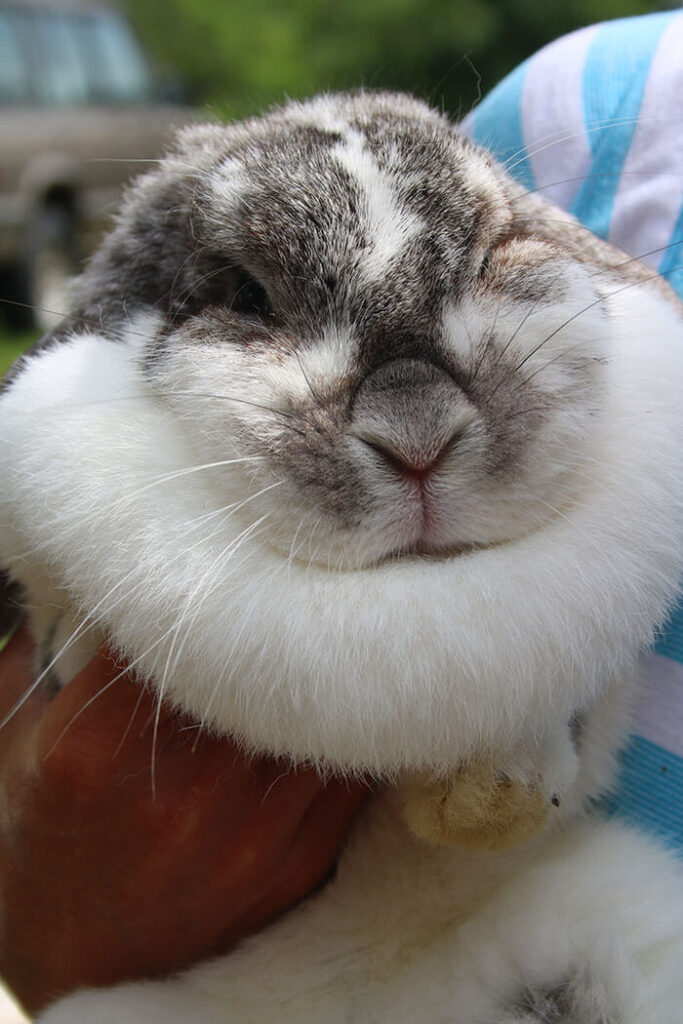 But for me the main draw was the ladies, as Tracy calls them.  I was intrigued by the fact that despite chicks and turkeys being hatched at a nearby farm, the hatch-lings are shipped day-old via the US Post office.  This follows best practices targeted at preventing the spread of avian flu.  There will be no cross-contamination by setting foot on another’s farm. Currently the Wises have some 65 turkeys – in preparation for this year’s Thanksgiving – and 700-800 laying Leghorn (I say, I say, boy – is that a chicken hawk?) hens.   While all birds have access to the local non-gmo high quality feed provided, they love to roam and munch on fresh clover. 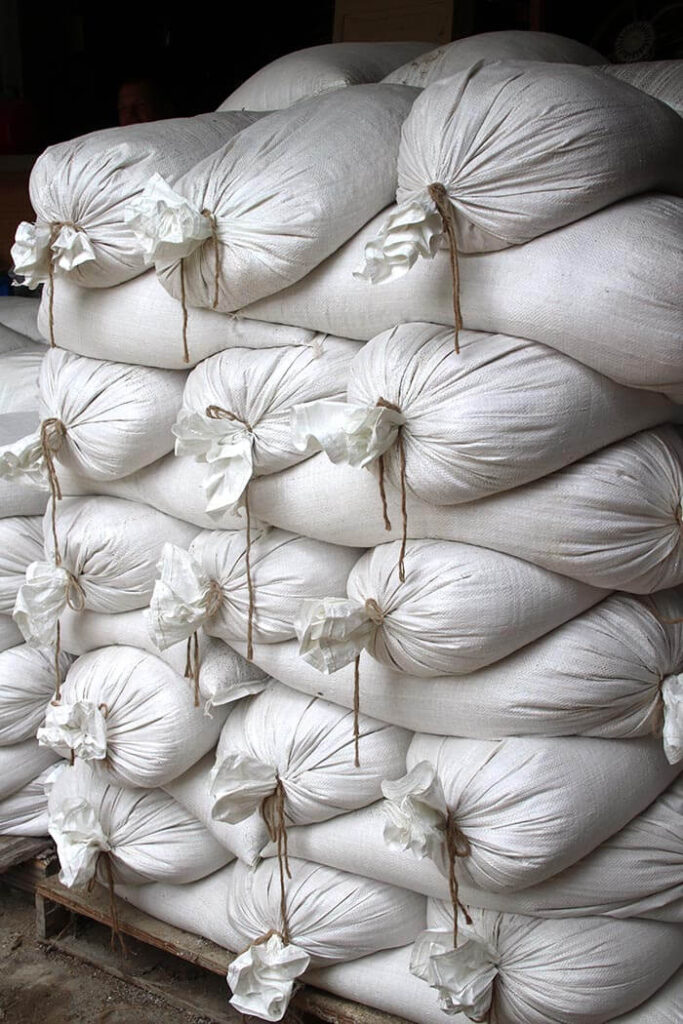 I visited the turkeys (still quite young) in a 10×10 foot partially covered pen.  The chickens were in a large corral with a sort of covered wagon (the nesting box) within.  Both are moved daily to a fresh patch with new grasses, clover, and grasshoppers. This has the added benefit of leaving behind yesterday’s droppings to fertilize the soil for future use.  The nesting box or laying house is moved by tractor, but the smaller turkey pen is wheeled by hand to an adjacent patch daily. What alot of work.

The ladies get a lot of daily attention and are much more demanding than say a meat bird.  In addition to providing food and water, the Wises must open the nesting box each morning, collected eggs twice daily, and finally close the box at night. Owls and hawks (yes, chicken hawks) are the biggest threat.  And don’t forget the whole witness relocation program – hitching the tractor and pulling the nesting box over a few feet to its next resting spot.

Once collected, eggs are run through an egg washing machine, as required by the State.  Trust me I had more than a small “I Love Lucy” moment, but Tracy’s deft hand racked them and transferred as fast as they came through the washer.   Then again the woman has practice – she washes from 100-200 DOZEN eggs each week. 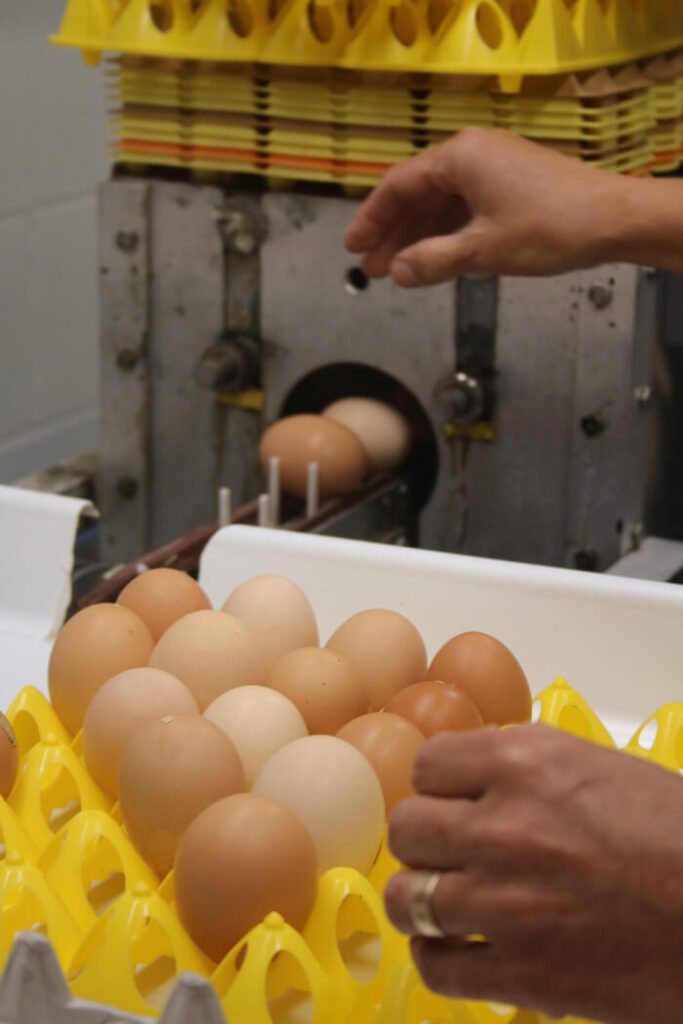 It’s not too late to order this year’s Thanksgiving turkey. By this time last year, it was. So I placed my 2016 turkey order in August of 2015. See below for details on placing your order.

– Or things you had no idea you needed to know about yard birds and ethical farming:

Did you know hens like to “go outside and play in the dirt til dinner” – just like we did.  It’s called dirting or a dirt bath.  Very cool, as in built in air-conditioner.

Did you know Tom turkeys strutting their stuff are called “Tomming Out”? When it’s time to be big man on campus, it turns out they can ruffle their own feathers.

Did you know an egg can be laid without a shell?  Sometimes called Jelly Eggs, these are laid shell-free for a variety of reasons – very hot day, less than 24 hours between laying (insufficient time to form shell), or diet (unlikely at Wise Farms because they are so well tended and have access to quite the feast). 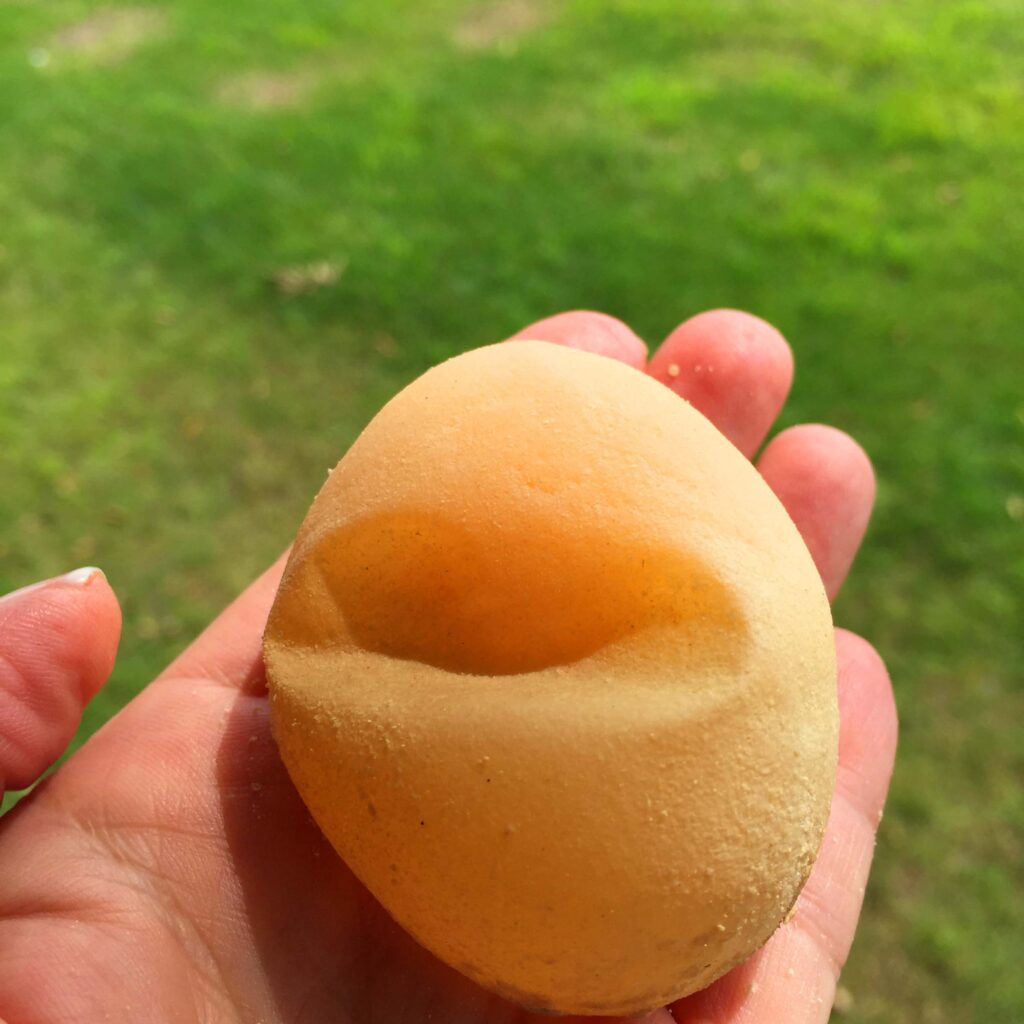 Did you know all hens (like humans) are born with all the eggs they will drop throughout their laying life-cycle?  The reason a hen can lay almost daily is that the ova are in a continuous chain, in various stages of development . In general, it takes 25 hours to form a shell and lay an egg, and they are laid normally during daylight hours, so each day they are laid a bit later until its too dark, and then they skip to the next day.  Here is a diagram of the 25 hour journey.

Do you know the difference in free-range, cage-free, and pastured?  You may be impressed by the wrong terms.  Wise animals are pastured – and that means so much more than free-range which doesn’t guarantee that animals leave their sheds since food and water are generally kept inside.  It only means they have the option to range freely. When you think of chickens living the good life, roaming in a wide open clover-filled field, you are thinking of Wise Family Farm. But in many places that is not what you get. 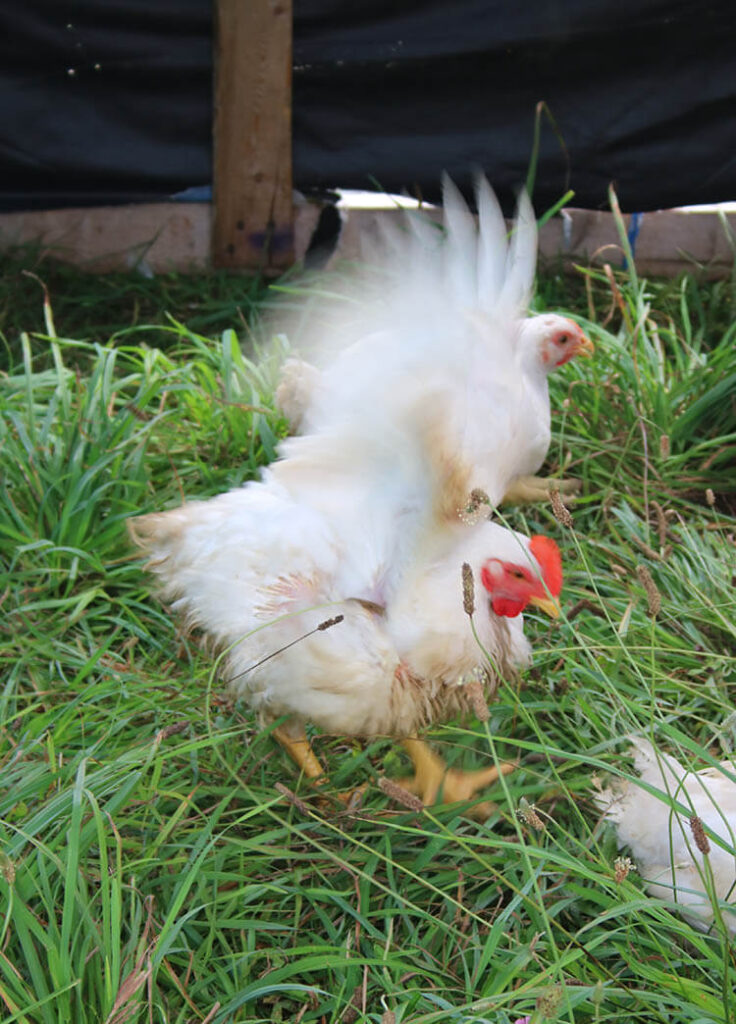 Ever wonder why fresh hard boiled eggs are impossible to peel?   Remember how that egg and its shell were literally just created in 25 hours?  That means the membrane (the outside on the jelly egg or that white thin layer just inside the shell on a boiled egg) and shell are very much integrated and the white (albumen) with its fresh acidic pH is attached to them both. Once the egg has been washed (before it ever gets near your kitchen), the shell becomes more permeable and the albumen loses some of its carbon dioxide, which in turn reduces the acidity of the egg white.  Lower acidity egg whites means easier to peel since there is further separation between the albumen and membrane. Concurrently, as the egg ages, it will dehydrate and shrink, creating a bigger air pocket between the shell and the membrane. More separation equals easier to peel.

Wait – do I have to choose between easy to peel and fresh?? No you do not. Before you settle for supermarket eggs that are allowed a full 45 days from packing to use-by date, consider this. Tracy suggests putting a rack or steamer basket over boiling water and steaming rather than immersing in boiling water. 12 minutes for hard boiled – 6-9 for soft boiled with a somewhat runny yolk. You may also try taking the egg from the steamer or boiling water and immediately running it under cold water. While holding the egg under the running water, peel, starting at the rounded end where there is an air pocket, .

Get to know your farmers and once you know their passions, it’s easy to be more mindful in your buying choices.   Local farmers work incredibly hard to bring you quality produce, so what’s say we show them some love?? 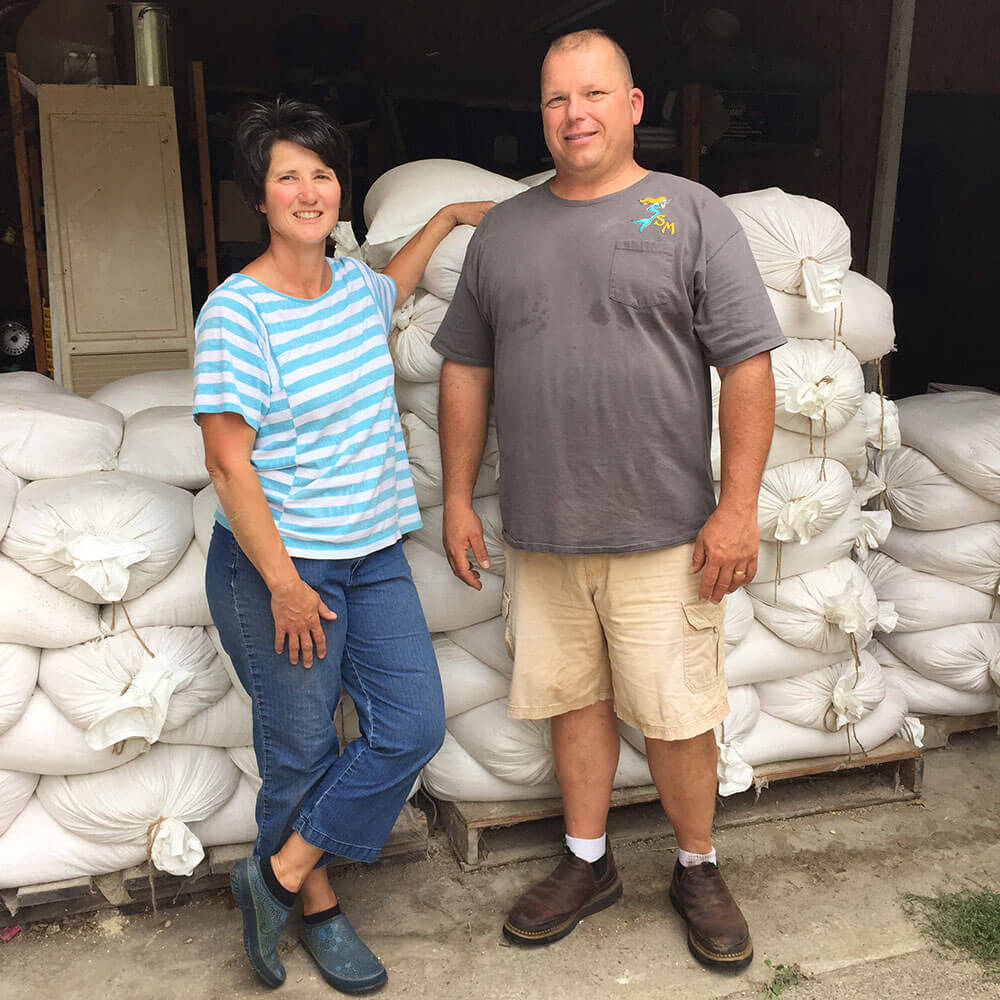 For orders: 616-499-5662 (if you are not in range for Wise turkeys, think now about finding a source near you. It’s later than you think when it comes to planning for your holiday bird. #EatLocal #EatEthical)